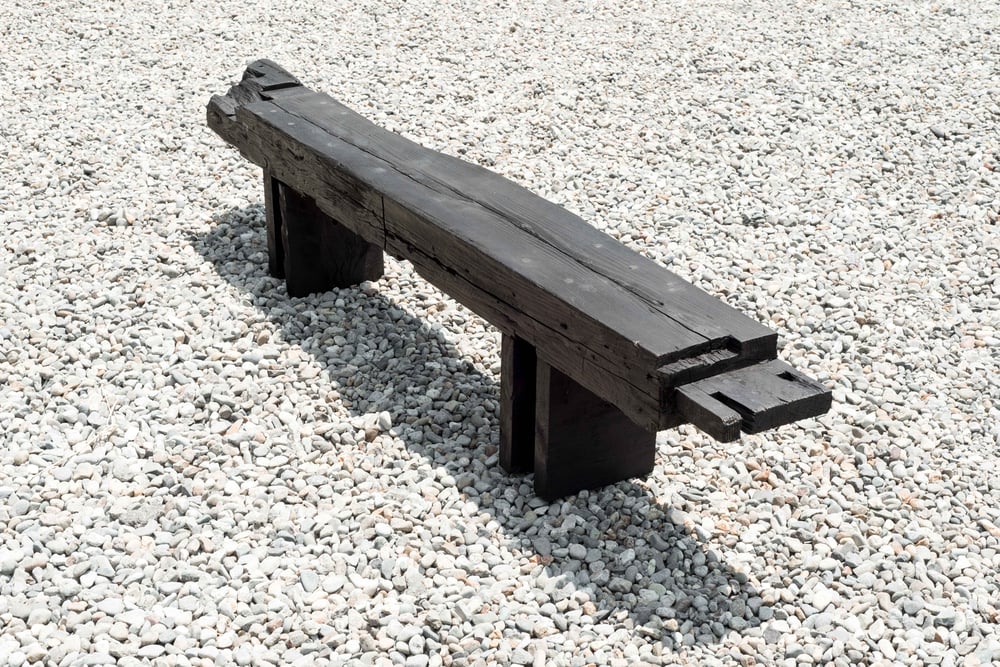 Liam spent three weeks living, designing and making at and for Australia House in June 2017. Working with the local community of Urada, Liam developed a series of furniture. Each design has a unique narrative that relates to the house, architecture, location, community and cultural heritage of Urada Village.

Having previously lived in Yamagata and Niigata for four years, Liam has an particular affinity with country-side Japan. This project is an extension of this ongoing interest.

This table is made from Japanese Cedar sourced and selected by Yanagi San, the local forester who stewards and harvests a mountain nearby Urada and Australia House. The design is simple in form, yet has subtle and meaningful details cut into the underside. This pattern is abstracted from the geometry of rice-fields and makes analogous critique of Urada as a rural community. The cuts on the underside, continue up the sides of the table to create an illusion of thinness and frailty, however the table is incredibly strong. Similarly, Urada may appear to be a typical frail rural community, suffering from economic decay. However, Urada locals are incredibly resilient, resourceful and untiring, traits which their harsh habitat demands. This rigour has been ingrained in their way of living, past down from their ancestors who built by hand, the terraced rice in the mountain side of one of the worlds snowiest regions, making it fertile and viable.

The timber is finished first by a flame (yaki-sugi) and then stained and lacquered. The black finish brings the outside architecture of Australia House in.

This bench is made from timber from neighbour, Gonbei San’s farm house, which fell after the 2011 earthquake and heavy snowfall. The design was a result of workshops with the local people including Gonbei San, an infamous character of the village. By leaving the old joinery exposed, the design pays homage to the original craftspeople and carpenters who built the farm house initially. The design relates to Australia House through its form, texture and colour, as well as it's cultural context in relation to material effects of the earthquake. The original Australia House was also an old farm house which fell after the 2011 Tohoku earthquake.

The connotation ‘Made in Japan’ carries weight in relation to craftsmanship and particularly in relationship to timber. At the same time ‘Tasmanian Oak’ is the epitome of Australian timber. Made in Japan from Tasmanian Oak is almost a contradiction in terms, yet provides a fusion of material culture.

Like the table, Australia House is a triangle shape itself. Designed by Sydney based architect, Andrew Burns, it was praised by Japanese luminary Architect, Tadao Ando for the unique triangle structure. The table speaks to this geometry and therefore the contradiction finds it's self at home, siting elegantly in the acute angle of the interior corner of Australia House. 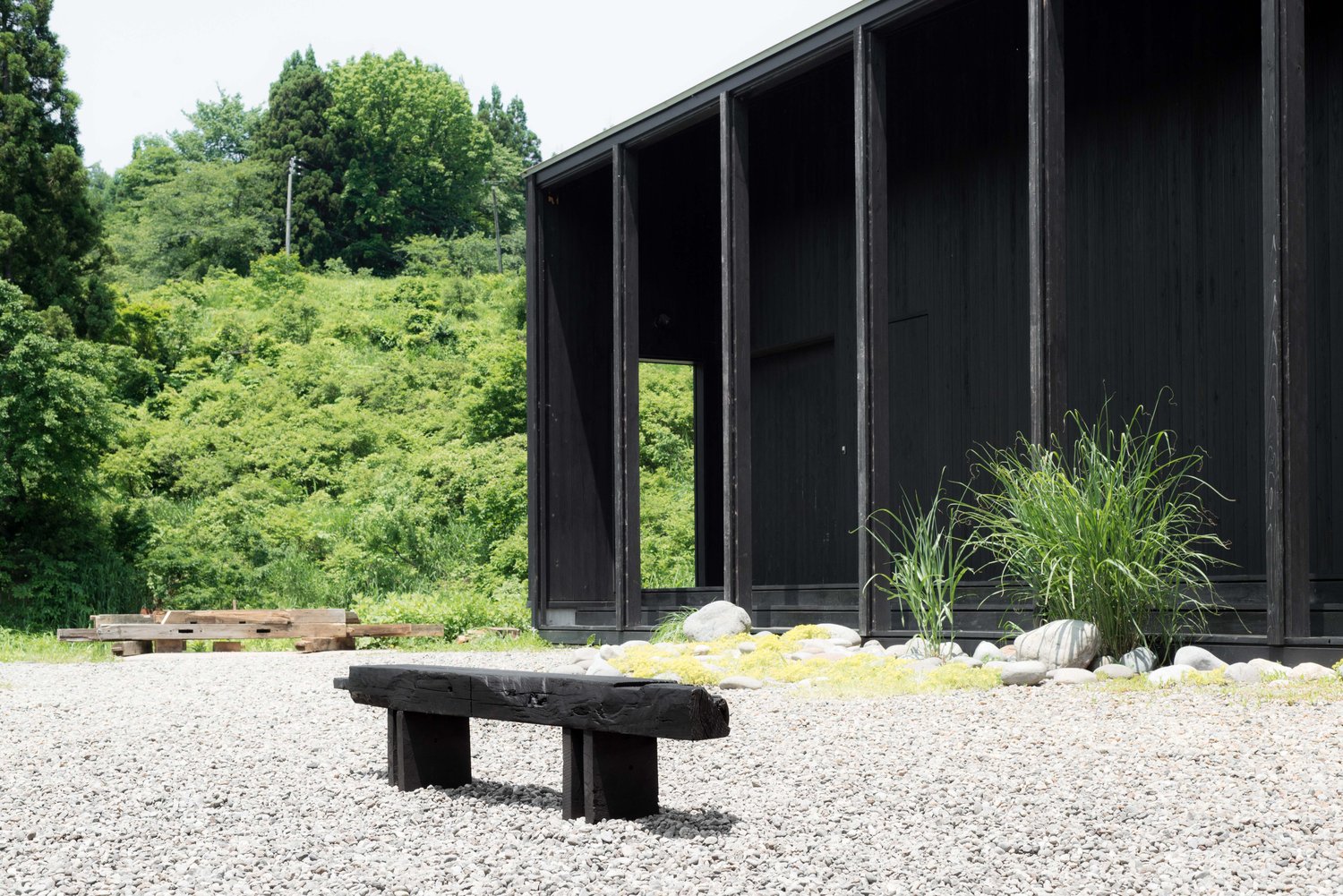 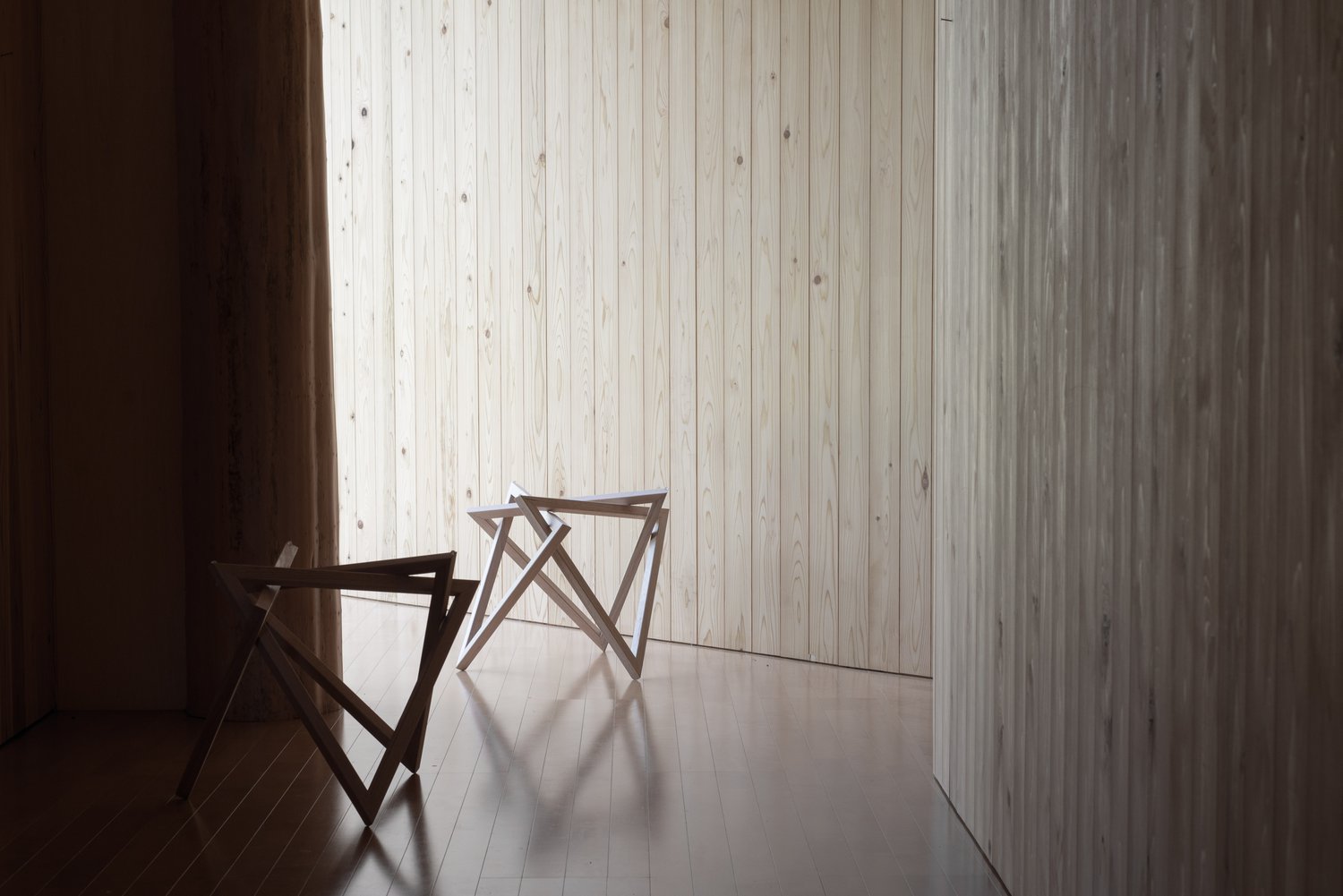